Buying a content website can be a great investment. This is true whether the strategy is to hold the site and enjoy the passive income from the site’s cash flow or whether you plan to improve and flip the site for a large payout down the line. While it’s important to understand both pros and cons of buying a content based business while gathering a portfolio of profitable websites and sell them for profit, it’s equally essential to understand the importance of reasonable due diligence.

Good Due Diligence Is Crucial

There is plenty of opportunities out there, but there are also many bad deals and scams. Proper due diligence helps a buyer spot potential issues and walk away from shady deals.

This is crucial not only to avoid getting ripped off but also to find the best deals for sites with the potential for a strong flip.

Duplicate content isn’t necessarily the automatic strike that many think it is from Google. Still, the same content is a problem unless the site in question is a news site, especially when it’s copied or barely re-written from another source.

Even when duplicate content is not directly penalized by Google, it’s also not as likely to rank well. When the content doesn’t offer anything new or exciting, then it isn’t adding value in Google’s eyes. As a result, this content is far less likely to stay ranked over time.

If a site has a lot of duplicate content, that’s a serious red flag. But, unfortunately, most of the time, it also means it’s time to look for a new deal.

A good backlink profile is a definite plus, but a sketchy backlink profile should give a buyer serious pause. There are several different patterns or red flags that would count as sketchy when it comes to backlinks.

Watch out for spammy backlinks. Every backlink profile will have weird-looking junk links, but if there are huge numbers of backlinks from scraped websites, from social media sites or website 2.0 sites that have no clear signup information, or sites from generally “illicit” or traditional “bad neighborhood” topics unrelated to the site being linked to.

Websites that belong to a Private Blog Network (PBN) are generally pretty easy to spot. They don’t have a contact page, you can’t find out much about them, but they’re loaded with guest posts that are often about a wide array of topics unrelated to one another. Outbound links on the guest posts are often keyword-anchored to interior pages.

PBN links may work in the short term, but they are a significant Google penalty just waiting to happen. If there are many of these in the link profile, it’s best to look for another deal. Otherwise, the buyer finds themselves in danger of overpaying for a site that loses all its value when penalized a month or two later.

Tons of foreign/sketchy/questionable backlinks is a major red flag. This can take many forms, but scrapers and international backlinks are a big red flag. Of course, not all international links are bad, but if your site has a lot that is all in Chinese or from .ru, that’s usually a red flag of spam or hacking that occurred at one point.

Be very wary if there appear to be many questionable international links especially compared to the overall profile.

Basically, you’re looking for an unnatural “Link Tsunami.” Tools like Ahrefs allow you to see the backlink profile and when those links were acquired. If the site rarely picked up natural links, then received a few thousand in one month, then went back to nothing, be very wary. Of course, it is possible that an article went viral…but that is an increasingly rare event.

This is easy to check on from Google Analytics, and other tools can also estimate that data. If vast chunks of traffic come from social media, direct, or paid traffic, those are huge red flags that there might be some seriously shady business going on.

Note that this isn’t a red flag in and of itself, but look for how far it’s off if the seller is sketchy about providing new traffic screenshots or making a video of looking at daily analytics, logging into accounts to confirm numbers, etc.

Traffic estimation tools are never going to be completely accurate, but they often give decent ballpark figures. If the traffic numbers reported by the seller don’t match anything any tool is showing – and are radically off, that’s a major red flag.

Double-check those numbers if they’re reporting tens of thousands of monthly visitors but have no organic rankings for decent keywords. That’s a serious red flag and might indicate the traffic numbers have been doctored to look better than they are.

There are certain ranges for RPM that every niche can expect for display ads. The same is true for heavy affiliate content. There’s only so much revenue that can be made per 1,000 visitors. If the numbers being claimed by the seller are 5x, or 10x that average range, that is a serious problem.

There are always some outliers, but even outliers tend to be within a certain range. At a certain point, numbers stop being believable.

Use Google to research average RPM for display ads and affiliate programs in the site’s niche being sold. This should make it easy to figure the low and high range of what a site should be making with its reported traffic numbers.

If the revenue numbers are ludicrously above that range and sound way too good to be true, then there are probably some shenanigans going on.

Red Flag #6: Listing Looks Too Good to Be True

The standard valuation for selling a website right now is around 40x monthly earnings. Of course, this can be 37x or 42x, but the average is 40 times monthly earnings. This is pretty common knowledge, so if a site is selling for only 5x earnings, there’s a straightforward question to ask: Why?

A legitimate website with good traffic from the search engines and steady earnings should have no problem selling at the higher multiples. If the listing looks cheap – there’s probably something wrong.

Never skip due diligence, and if the numbers don’t work, then walk away to the next deal.

The best sites for purchase are ones that already show a steady upward trend in traffic. At worst, traffic should be relatively steady or stable. If the past year’s traffic numbers show a sharp decline from a high point, that could mean the site has hammered with a Google update.

This is different from seasonal trends. A winter sports site will do terribly in summer like a surfing website will struggle during winter. That’s to be expected.

However, if the site received double or triple the traffic a year ago than it does now, that’s a significant concern. Thus, downward trends are not good signs for potential buyers.

Buying and flipping websites can be incredibly profitable practices. However, due diligence is a crucial part of the process.

Keep these seven red flags in mind to ensure every deal has the best chance of being a good one. For a thorough framework, check out this website due diligence framework from Thewebsiteflip team.

Mushfiq has been buying, growing, and selling website assets since 2008 and runs a newsletter, The Website Flip. His first exit was in 2010. Since then, he has flipped 175 websites for multiple 6-figure exits. Mushfiq continuously performs due diligence on up to 300 deals per month to find his next acquisitions. 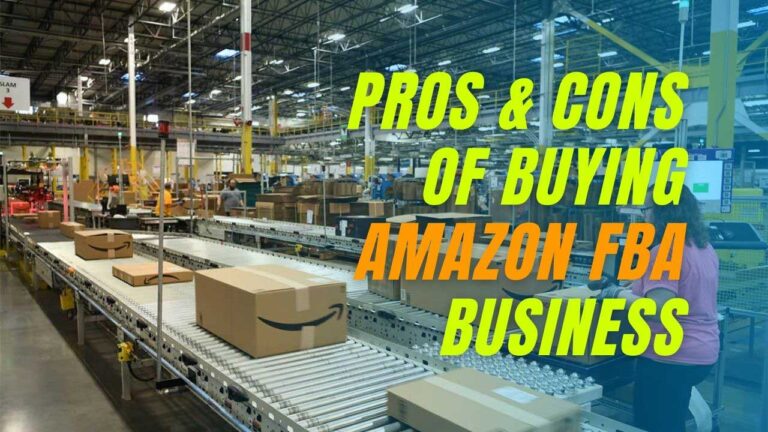 When it comes to the world of e-commerce, Amazon is king. Since its inception 25 years ago, Amazon has grown to become an eCommerce behemoth, controlling… 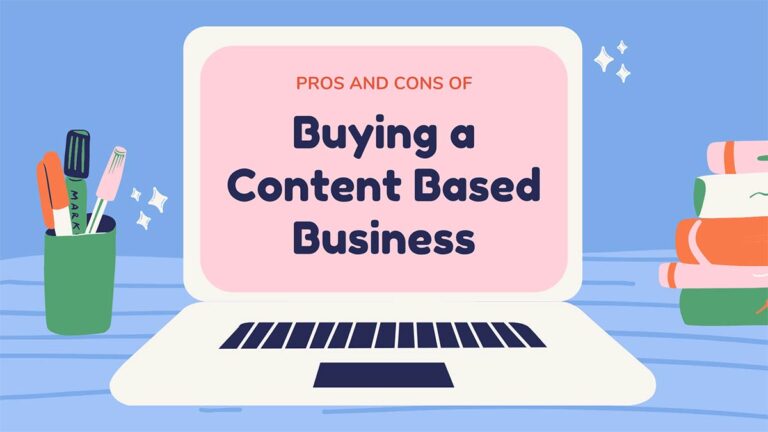 One of the most common uses on the internet in today’s world is using the internet to share information. It’s incredible to be able to… 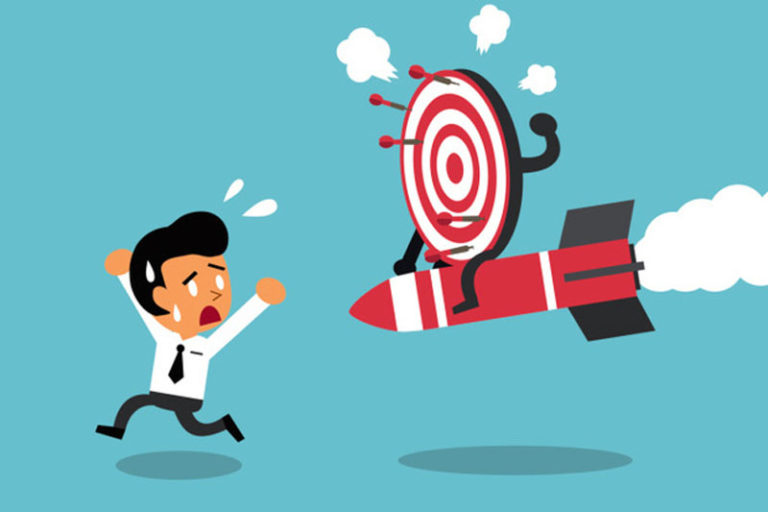 Deciding to sell a website is often not an easy one to make. The average webmaster who has created a site that is worthy of… 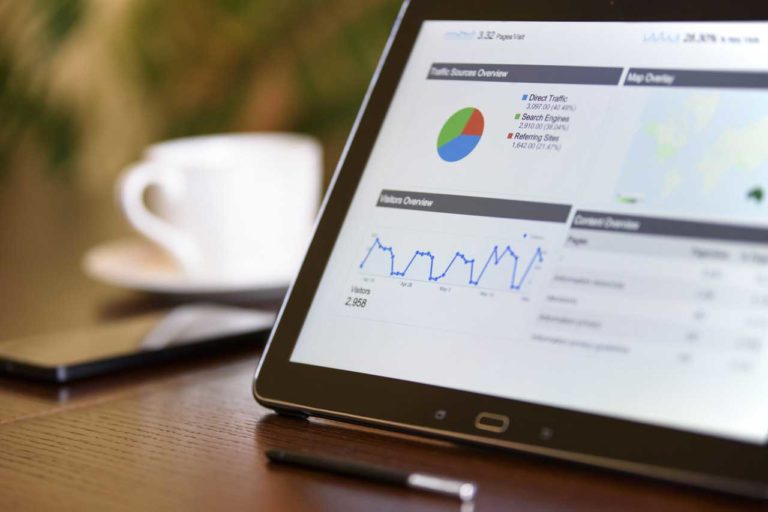 Should You Buy an Existing Website or Start a New One? Read This Report When it comes to making money online, there are a several…

Dropshipping stores make up over 33% of all eCommerce stores globally. This business model keeps growing in popularity mainly because it is easy to set up…